Becoming missionaries has been a big adventure. Becoming sure of God’s calling together, quitting our jobs, moving, learning a new language etc. All exciting and kind of fun. What has not been fun and still is not fun is saying goodbye to family and friends. People say that the world is getting smaller and in a way it is. We can send emails, skype, app and facetime and that really is a blessing! Yet it is not the same as dropping by your parents for a cup of coffee or holding your niece and nephew. Digital is nice but not the same. Missing family and friends is both for Vikki as for me the biggest sacrifice that we make in pursuing this calling. 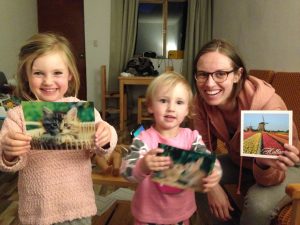 Considering all this it was really special to pick up my sister in law Julie at Cusco airport on July 21. We had not seen Julie for a very long time because she had left with YWAM for Mexico a couple of months before we left for Peru. Vikki and the girls were very happy when we entered the house in Curahuasi later that day. 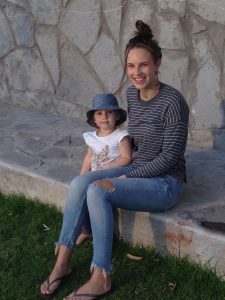 Vikki’s other sister Elsa and her husband Robert arrived a good week later. They will stay here until mid December so we will not have to say goodbye to them for a while. They want to use the coming months to do bible school following a curriculum compiled by Robert himself. Besides that they also want to help us, especially after the little one is born. 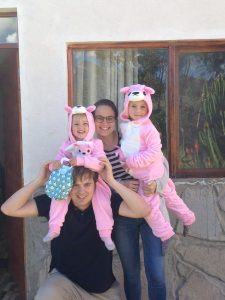 Robert and Elsa with the girls in their new pyjamas

A couple of days later my parents in law Philip and Anneke arrived. They did not come from the Netherlands as they had been traveling through Colombia for over a month to visit different churches and encourage other christians. 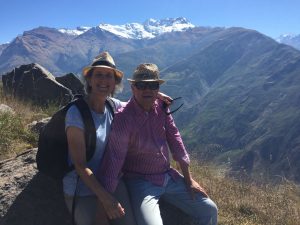 We have really enioyed being together with family again. We went on walks, ate together and talked a lot. We went up the Capitam Rumi once to bake breadies over a fire. The girls really enjoyed all the attention from Grandma and Grandad (and of the rest of course). 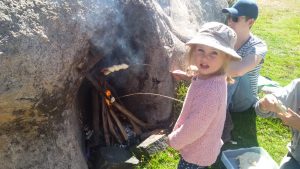 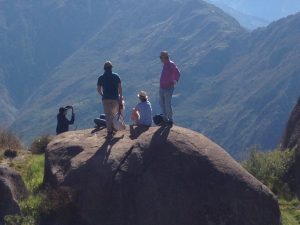 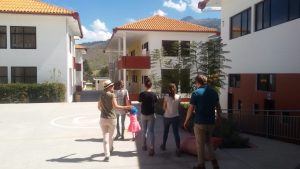 Looking around at Leah’s school

All things come to an end so also to all of this fun. Last Monday the whole group including Elise went to Cusco. Unfortunately I had to stay in Curahuasi because of work. Elise was brought to the airport straight away. The day after Philip and Anneke left and on Wednesday Julie returned to the Netherlands as well. 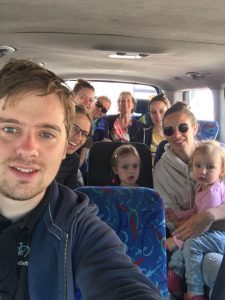 We have noticed that having all these visitors around make us more aware of what we left behind in the Netherlands. We felt more homesick in the last couple of weeks than in the 7 months before. But we really enjoyed the visit and time together! Nunns, thanks for coming!

Besides all these family visits we also had some friends over a couple of weeks ago. Dirk and Levina were in Curahuasi for a couple of days with their little daughter Igoné. They are traveling through South America for a couple of months and we were delighted to have them over! Dirk, Levina and Igoné, enjoy the rest of your trip! 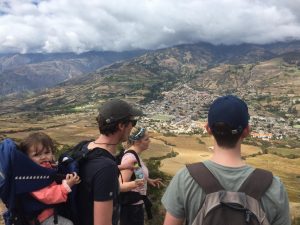 Looking out on Curahuasi with Dirk, Levina and Igoné