The past weeks were all about saying goodbye to family, colleagues and stuff (a lot of stuff). 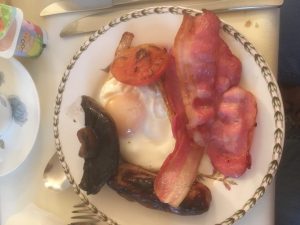 After Steven’s last day at work we spent a long weekend in Zeeland together with Vikki’s family which has been really nice. From Zeeland the four of us would travel on to England. On the last evening in Zeeland we suddenly realised that we did not bring our passports. Although England is still a part of the EU you really do need your passport to get on board of a ferry. So Steven jumped in the car to drive back to Best to fetch the passports and thankfully Robert was kind enough to join him.

The next morning the four of us (accompanied by our passports) drove to Dunkerque where we arrived just in time for the ferry. In England we have been able to meet up with many relatives and friends. First in the London area, then in Harrogate, Exeter and back in London. Although we traveled a lot and spent the night in many different places we have enjoyed this trip very much. It makes you realise how valuable it is to have so much family and so many friends! Just before we went to Dover to catch the ferry to ‘Europe’ as the English would say we were able to join the brothers and sisters in the Tonbridge assembly. We felt very welcome there and we were given some time to tell something about our plans. 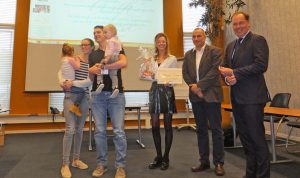 On October 26th Steven’s goodbye party was scheduled. Because the founder of the Diospi Suyana hospital was traveling around the Netherlands he was able to join this event. He gave a presentation in which he told about the hospital and the motivation of him and his wife in establishing this hospital. It was really good that so many of Steven’s colleagues were able to join.

After the presentation the moment for actually saying goodbye had come. It turned out that Steven’s colleagues had organised a bingo/auction night to do some fundraising. Besides that it had clearly been much fun a substantial amount of money was raised for which we are really thankful. At least as special to us is the way in which Steven’s colleagues have shown their involvement with and support for us, truly encouraging. 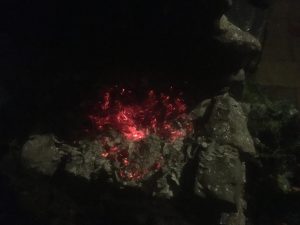 In the mean time we had been quite busy with work around the house. When we came back from England we had just over a week to empty the house and get it ready for the tenants. In this week we have had almost all our material posessions in our hands. For example we reduced administration of about 10 years kept in 8 full binders to 1 binder that is not even full. We brought away many, many bags of clothing for reuse. Furthermore, we sold some things through the internet, brought a lot of things to the thrift store and also some things to the dump. As a conlusion to this week Steven handed the company car over to a colleague and gave his laptop and phone back to PwC.

We had a house full of things but all our possessions now fit into the suitcases that we will bring to Peru and a couple of boxes that we will leave behind. It turned out to be quite a sobering process. Although we do not consider ourselves as particularly materialistic people, we had collected a lot of stuff and sometimes it did hurt a little bit to say goodbye to certain things. we will live with Vikki´s parents until we actually go to Peru and friends have lent us a car to get around and which is really nice!

We see that God gives us the energy needed in these strange times and we feel really supported by everyone around us, thanks for that!