Preaching in the jungle

An important but difficult subject in Peru

When we came to Peru, we first lived in Arequipa for 3 months. I (Steven) attended language school daily to improve my Spanish. We were not the only missionaries there doing this. Joel, an American missionary living in Nauta with his wife and daughter, was there too. He works mainly with pastors of small churches in the jungle. When he learned that I had a back ground in finances he invited me to come and organise a small conference in the jungle on a biblical view on finances. Since my brother in law Robert is an accountant and was coming to Peru as well I suggested doing it together with him. Together we prepared a 2-day conference.

Our trip begin with a taxi ride to Cusco where we spent the night with Corey and Kassie whom Vikki and I met as well in Arequipa. They work with a christian clinic in the historic capital of the incas. The next morning we flew, delayed as is to be expected, from Cusco to Iquitos in the north of Peru. Iquitos is the capital of the huge province of Lloreto and is very interesting as it is the largest city in the world that is not connected to any other city by road. Everything has to be brought in by boat or plane. I think that it is because of this logistics challenge that this city of over 400.000 people does not have a single Starbucks or McDonalds. In Iquitos we spent the night at Dave and Michelle, also colleagues from Arequipa. 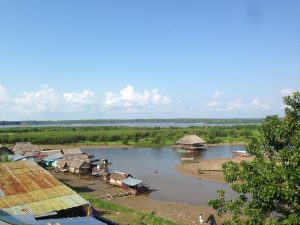 Amazon river next to Iquitos 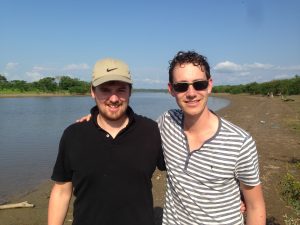 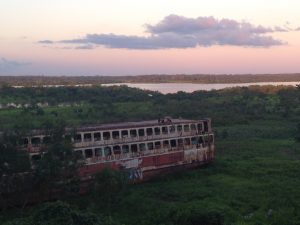 After a warm night (very high humidity in the jungle), Robert and I took a small buss to Nauta, to the end of the road. There we were welcomed by Joel who showed us around the next couple of days. 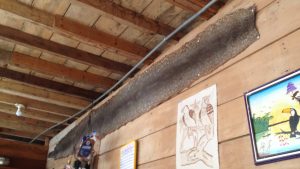 Snake skin in the house of Joel 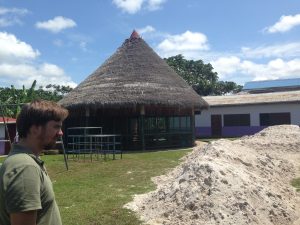 Baptist training centre in Nauta for pastors from the jungle

After one night in Nauta, we went to Santa Rita up the Marañon river in Joel’s boat. The Marañon river joins up with the Ucayali river just after Nauta and together they form the Amazon river. After about 3 hours on the river we arrived in Santa Rita, a village next to the river with about 1500 people. Abraham, the pastor of the local church welcomed us warmly. 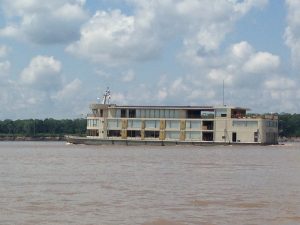 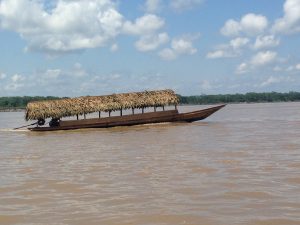 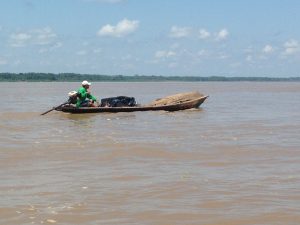 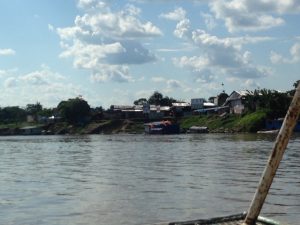 On the river we had not had phone signal, in Santa Rita we did. There were a couple of small shops, some motor taxis and between 18.00 and 22.00 the generator was turned on so people had a couple of hours of electricity. For us this absolutely felt as the middle of exactly nowhere. For the pastors that had traveled for hours or even days to get to there, Santa Rita felt like the big city. Shops, motor taxis and even electricity for 4 hours a day! 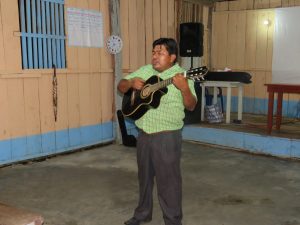 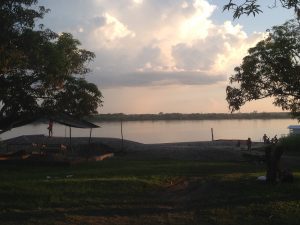 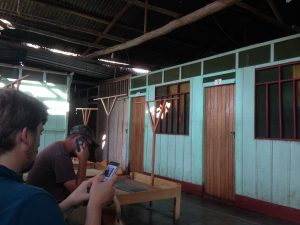 Our hotel in Santa Rita

The conference was attended by 5 pastors and their wifes and some other interested people. Joel told us that he had actually expected more people to show up but that people might not have come because they did not yet know me and Robert. If you have to travel a whole day in your small boat to get to Santa Rita I can imagine that you first want to be sure that the conference will be good. Although it was not a big group, we enjoyed working with the ones that attended.

During the first day we spoke about finances at the personal level. Topics such as love of money, generosity and corruption. On the second day we worked on finances in the church. How can you make sure that your spendings are in line with the vision for your church. What can you do to prevent fraude? What contribution do you ask of the members of your church? We also put the pastors to work with a very practical exercise on administration prepared by Robert.

I had prepared a bible quiz for the group but that did not go so smoothly. Soon after I had explained the rules (I ask a question, give to possible answers, for answer A put your hand up, for answer B put your hand down and if you get one wrong you sit down) it started to go wrong. After I had asked the first question one of the pastors shouted the (wrong) answer instead of raising his hand. When the quiz was nearing its end the 2 remaining participants just sat down because the rest was also sitting. Always nice to try something new.