We thought it would be nice to start the new year by introducing you to the wonderous world of creepy crawlers that we encounter in and around our house regularly. 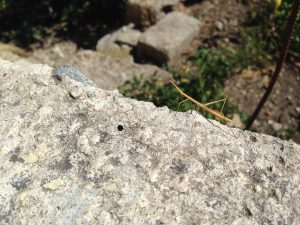 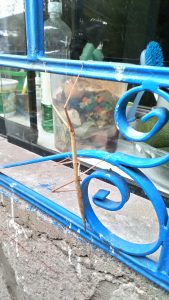 Walking sticks usually stay outside so they do not bother us. The next little creature does enter te house a lot. 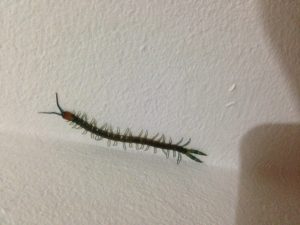 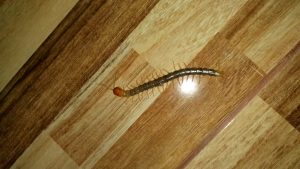 Sometimes the insects are taking over the house. A couple of months ago I (Steven) was shaving in the morning when I felt something on my hand. Taking a good look I saw more than 20 ants walking on my hand and they were coming from my shaver. As more kept coming out, I opened it up and found this… 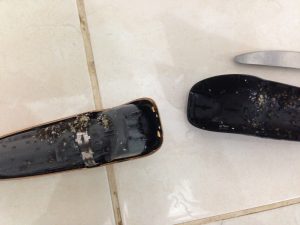 Ants walking around is one thing but we really try to keep away from the animals that sting. Although we don’t have really dangerous insects here (except for black widow spiders), there are plenty of littles ones that sting. A good example are the scorpions that we encounter in our house on a daily basis. We took one or two out of the girls’ beds. Leah was stung in her foot when she stepped on one walking to our room at night. I was stung in the finger when I wanted to dry my hand with a scorpion containing towel. And Vikki was stung by a scorpion that was waiting for her in her clothes. Altough a sting from a scorpion does really hurt, the pain does not last much longer than 10 minutes. 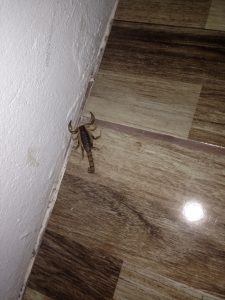 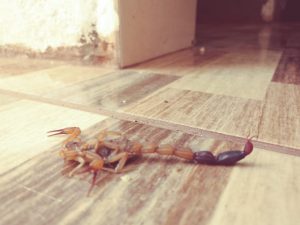 Scorpion that had stung Steven in his finger 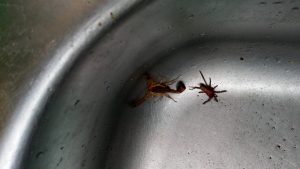 This last picture shows the epic battle between scorpion and spider. In our daily life scorpions and spiders are also in competition, namely; which animal do we kill most often? I think the scorpion is winning but the spider is not far behind.

Although spiders thankfully keep their distance, one came out of the towel I had around my neck one morning when we still lived in Arequipa. Here in Curahuasi I also came into close contact with one but that was my fault really. When I was showering I took the bar of soap and rubbed it over my face when I felt something. Apparently a (probably already dead) spider had been lying on the bar of soap and I had rubbed it all over my face… 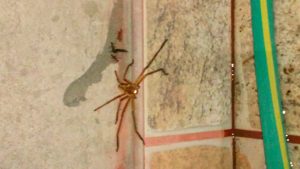 Fortunately most spiders here are not that big but there are also tarantulas which are of a very respectable size. A while ago I walked into the kitchen in the dark to get a glass of water when I heard something moving on the stove. After I switched the lights on I saw it was a tarantula! Armed with a fly swatter and some serious anti spider spray I attacked the little monster. A fair amount of chemicals and fly swatting later the spiders had gained one point on the scorpions, and I could go back to bed. 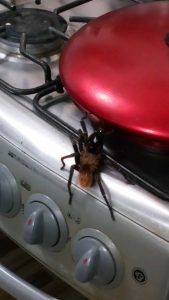 A couple of weeks ago I found out that we also have snakes in Curahuasi when enjoying an evening walk with some friends. 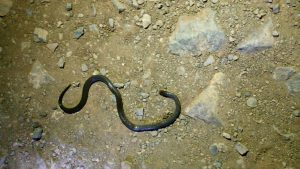 Besides all this we regularly have mice in the house. We have killed at least 5 in the time we’ve been here in Curahuasi. Also we have had fleas a couple of times and they seem to particularly target Olivia. The little guys like to bite in the back of the knees and armpits etc. The only way to get rid of them is to put all the clothes and bedding that were in use in water for 2 days. Thankfully this does really work.

Even though all of the abovementioned animals are part of God’s creation, we cannot say we are always so fond of them.