Help from the Netherlands

Everyone can use some help sometimes. We were quite quickly on board when our upstairs neighbours (John and Viola Lentink) suggested to look for a young lady who could help us with the children. I believe that we came up with the perfect candidate within a couple of hours, my cousin Elise.

After testing the waters with some whatsapp contact with my aunt it appeared that the idea was not received as very crazy on the other side of the ocean. Not long after Elise had made her decision, she would come for 3 months. A different country, a different continent even, another language, not a small matter!

Mid April she arrived in picturesque Curahuasi through Madrid, Lima and Cusco. Unfortunately 1 of her suitcases stayed behind in Madrid. After two weeks and many phone calls with the airline (going from friendly to less and less friendly) the suitcase finally arrived as well. 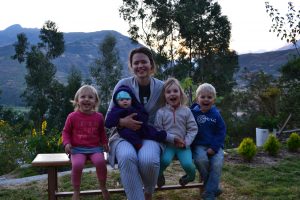 Elise helped us and our upstairs neighbours 5 days a week. Sometimes she would spend the whole day with us, other times she was here in the morning or the afternoon. She was a great help as Vikki finds herself less and less energetic as the pregnancy progresses. Besides that I have been able to go and work sometimes on the days that Vikki was at work as well. Also it was just really nice having my cousing around. Together with Elise and some other people we have made an attempt to reach Choquecuirao (try and pronounce that). This attempt failed miserably but it was a great adventure! 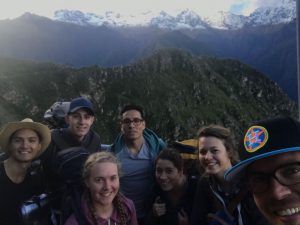 Last Monday it was already over. Elise went back to the Netherlands. Thanks again Elise! We hope that you have enjoyed your time here :). Ps. Olivia thinks that you are still upstairs.